I suppose we all have our own opinion on what the number one cause of anguish is for any new writer, but for today… my blog, my opinion 🙂

I network with hundreds to thousands of writers each week. Some are seasoned, but most are still fledglings trying on their writer’s wings. They have the ideas, the time, the necessary tools, but…..nothing more than free-form thinking doodles, notes, notes, and more notes, and maybe even a mediocre outline to show for their efforts. Then…blank.

I met a young woman in a critique group a couple years back. She was writing something in the Sci-Fi genre. I read through three of her chapters and the only word that came to mind when finished was, blah. Her writing wasn’t terrible, but it was flat. No cadence, no peaks and valleys. Nothing to keep a reader happily rolling along. (Having failed sugar-coating 101) I told her what I thought when asked.

Rather than to be upset, as a few have, or justify why it’s so flat, as I see more often, she pulled me by the arm to a table in a corner, and told me this… (paraphrased)

You’re right. I know you’re right, but I don’t know what to do. I can’t write Sci-Fi, I hate it. It’s almost enough to make me want to quit writing forever.

Hmm. “Then, why are you writing in this genre. Why not try something else?”

Because I can’t publish what I really want to write. I’d be mortified if anyone were ever to read it.

“If you were trying to totally flummox me, you’ve succeeded.”

Her voice dropped to where I could hardly hear her.

I like to write… well, no one knows this, but I really enjoy writing erotica.

“So does E.L. James and look where it’s gotten her. So what’s the issue?”

She blushed. Yes, a makeup-can’t-hide-it-old-fashioned blush. You’d think she was overheard saying a dirty word in the school library. To make a long conversation short, the only thing holding her back from doing what was truly in her to do was her own inhibitions. In the course of that conversation, I learned her work was very graphic, she used words she had never, ever said in public, and she was certain that if anyone were to read it knowing she had written it, she would surely self-combust.

She was petrified! After some gentle-ish coaxing, she agreed to let me read some of her erotica work. Keep in mind, I am not a fan of the genre, but read with an open mind. How good was it? Well, let me just say this… I read one and a half of the Fifty Shades trilogy (I virtually couldn’t stand to read another page), but I found myself wanting to finish the book she had given me sample chapters of.

I’m still not a fan of erotica, but the difference between her and E.L. James was she could write. I know E.L. James fans everywhere are rolling their eyes at my diss of her, but you know how it goes… opinions are like a$$holes, we all have one. That doesn’t make mine right (or wrong). I thought the writing in the Fifty Shades books was terrible. But this young girl could write. It was evident that she was extremely passionate about her writing. If you compared that to the weak Sci-Fi attempt, you’d swear they were written by different authors. There was no passion in the Sci-Fi book. Words on paper, nothing more.

She wasn’t the first example of a writer paralyzed by fear, or too inhibited to write what was truly in them to write. I’ve heard poets who said they felt their work when writing it, but later felt foolish when it was read by someone else. Many women are afraid if they write erotica or even just steamy sex scenes in a romance that readers will think they write for a living and are closet nymphs in their spare time.

When people hear the word “inhibitions,” often times, sex comes to mind. We tend to pair the two together, but in truth, people can be inhibited about many things. For example, let me share a little about myself and inhibitions that have nothing to do with writing. 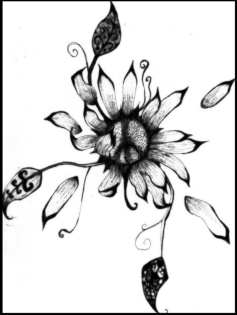 I have three tattoos, one only a week old. Two of them are on my back where a rare few ever see them. My new one is on the inside of my wrist where not only can everyone see it, but I see it all the time. It’s not finished, but I really like it. When it is finished, I know I’m going to love it. The thing is, I wanted to get it a long time ago, but didn’t. Back in the day they weren’t as accepted as they are now, and I had my job to think about. What if my boss frowns upon them, will it effect my job?” When I was single it was, “A lot of guys aren’t into chicks with tattoos, won’t that limit my dating options?” “Will people think I’m a biker babe?”

I look back now and realize just how silly my thinking had been. There are other jobs. There are Plenty O’ Fish in the sea. If I want a tattoo, I’m going to get a tattoo! Funny thing is, inhibitions seem to wane with age. I’m quick to say, “I don’t care what people think,” and for the most part, it’s true. But not entirely. I do care that they think I’m kind, honest, and loyal, and a few other things. But if they don’t like the way I dress. So what. They don’t like my tattoos, hair color, or the music I listen to. Move along. Can’t stand my writing? I never expected everyone to like it. Actually, I never EXPECTED anyone to like it.

Back to the young woman from the critique group. She is still paralyzed with fear by the thought of someone knowing she writes “smut” as she puts it, but she’s found a workaround. She publishes under a pen name now. She writes some of the best erotica on the market, has hundreds of thousands of followers among her different social media and bookish accounts, but she wears her yoga pants, hops into her mini van, and drives her kids to soccer practice every day with her head held high. E.L. James might be able to do the same things even while everyone knows what she does at her desk, but this woman would rather die. To each their own.

The point of this post is to let you know to let go of your writing inhibitions. Afraid people will think you’re a fraud? You don’t think you measure up to those you’ve come to admire? You think readers will accuse you of being too feminine for a man because of the tenderness in your female characters? So what. Stop reading your reviews if you’re afraid of what they might say. Never compare yourself to anyone, better or worse. Write with the mindset that NO ONE but you will ever read your work. Inhibitions be damned! Be who you were meant to be, not who society thinks you should be. 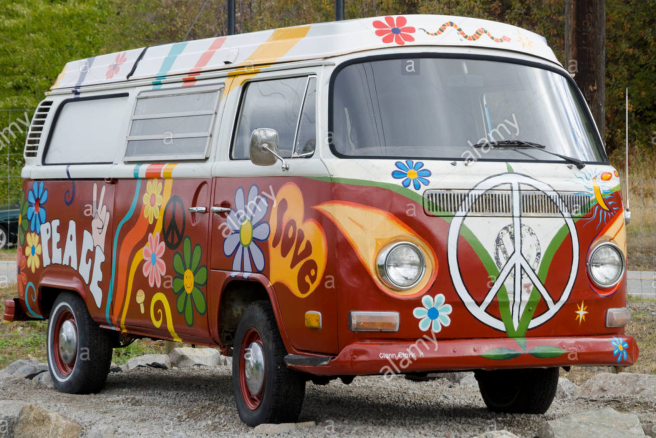 Gather 'round and let me tell you a story... View all posts by K.E. Garvey